Male 1/8″ (3-4 mm), Female 3/8″ (8-10 mm); Black. The male’s abdomen is elongate with white and red markings on the sides. The female’s abdomen is almost spherical, usually with red hourglass mark below or with 2 transverse red marks separated by black. The legs of the male are much longer in proportion to the body than those of the female. Spiderling are orange, brown, and white, gaining more black at each molt. 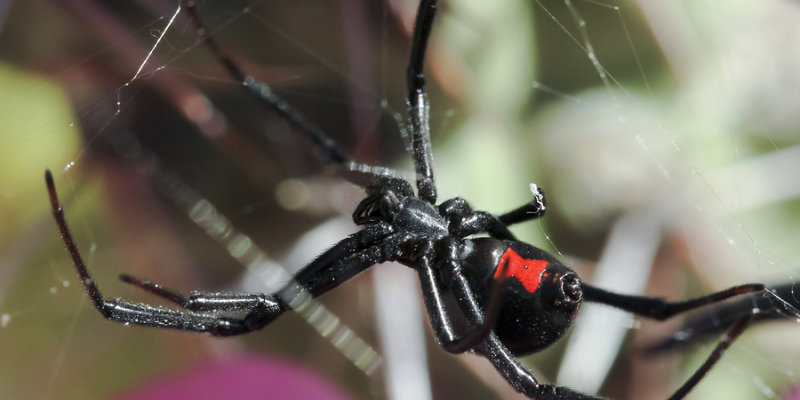