There are several genera of wolf spider, ranging in size from 1 cm to 8 cm. They have eight eyes arranged in three rows. The bottom row consists of four small eyes, the middle row has two very large eyes (which distinguishes them from the Pisauridae), and the top row has two medium-sized eyes. They depend on their eyesight, which is quite good, to hunt. Their sense of touch is also acute. They are harmless to humans; a bite may cause some itching, but is itself nothing major. 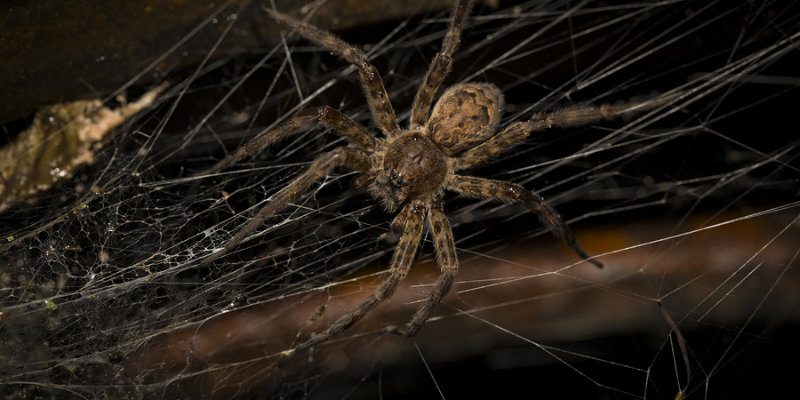