Description: These wasps reach up to 1-½ inch in length. Except for a rusty red head and thorax, they are overall black or rusty in color, with yellow band markings on the abdominal segments. They have russet colored wings. 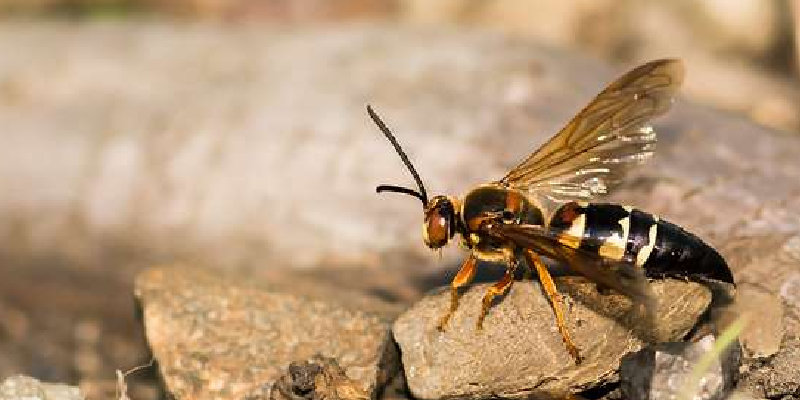