Jumping spiders are generally recognized by their eye pattern. They typically have eight eyes arranged in two or three rows. The front, and most distinctive row is enlarged and forward facing to enable stereoscopic vision. The others are situated back on the cephalothorax. 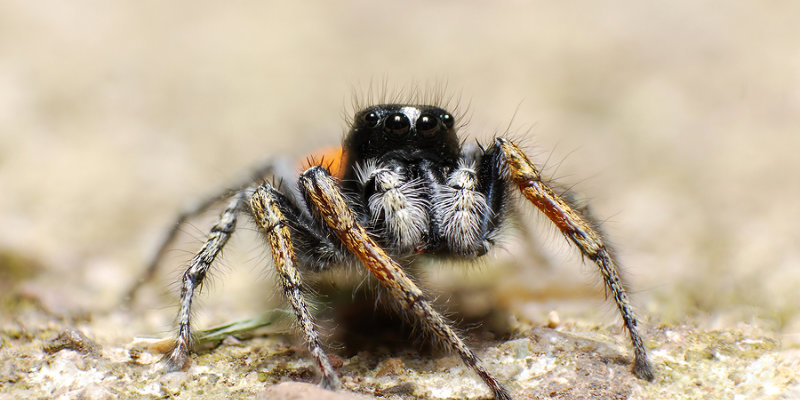