Adults and nymphs have characteristic “pinchers” or forceps-like structures on the back end of their brown to black somewhat flattened bodies. They may be as long as 1 inch and have three pairs of well-developed legs. Nymphal stages are wingless, but some adult earwigs have hind wings neatly folded underneath short cover-like forewings. However, they rarely fly. 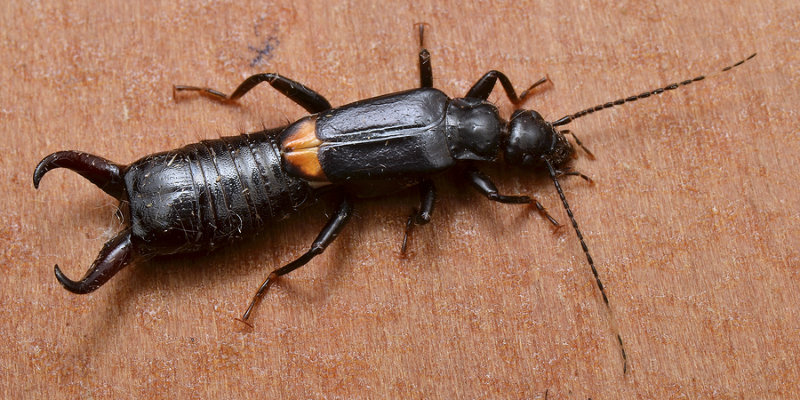