Paper wasps are 3/4 to 1 inch long, slender, narrow-waisted wasps with smoky black wings that are folded lengthwise when at rest. Body coloration varies with species: Polistes exclamans is brown with yellow markings on the head, thorax and bands on the abdomen; Polistes carolina is overall reddish-brown. 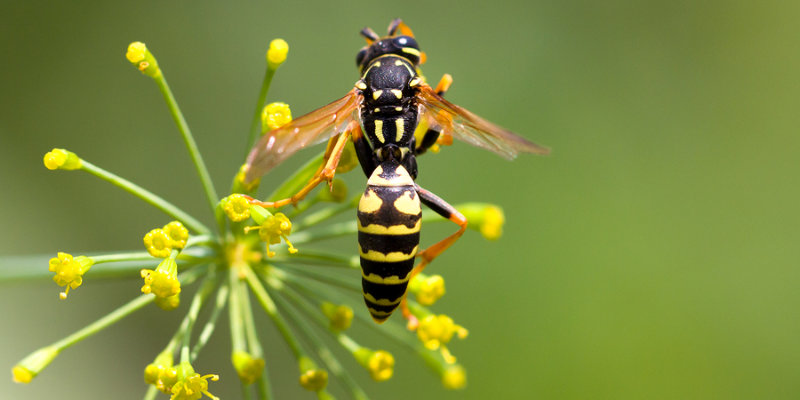 Paper wasps should not be confused with yellowjackets (Vespula squamosa Drury) and baldfaced hornets (Dolichovespa maculata (Linnaeus)). Paper wasp nests are open and cells are not covered with a cap (in an envelope).