There are over 100 species of horse and deer flies known to occur in Texas. Eyes of live specimens are often beautifully colored with iridescent and metallic color patterns. Deer flies (Chrysops spp., 33 species) range from 1/4 to ½ inch long, black to brown in coloration, often with yellowish markings. They characteristically have clear wings with black or brown patterns, making wings appear to be banded. Horse flies (Tabanus, 52 species, and other genera) range from 3/8 to just over 1 inch long and vary in coloration by species. Some are all black while many have colored patterns on their abdomens and wings. 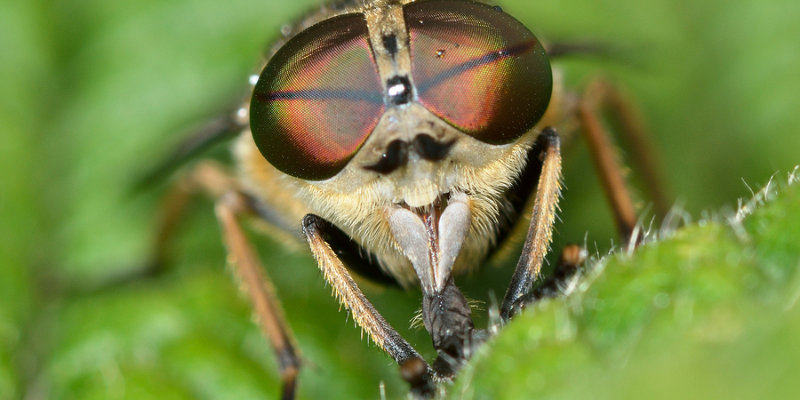